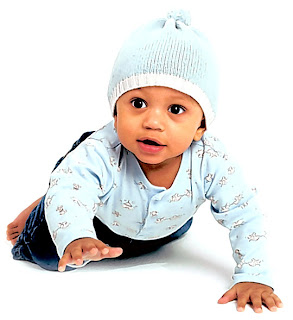 (NaturalNews) Early exposure to probiotics may reduce a child's lifetime allergy risk, according to a recent study conducted by Swedish researchers and published in the journal Clinical and Experimental Allergy.

The researchers collected blood from 61 children at the time of birth, as well as at six, 12 and 24 months of age. At every age tested, supplementation with probiotics (Lactobacillus reuteri) was associated with healthier immune responses and lower levels of immune response to allergens.

"L. reuteri supplementation from week 36 and during the first year of life significantly decreases IgE-associated eczema and lowers allergen and mitogen responsiveness," the researchers concluded.

Probiotics are microorganisms that perform beneficial functions in the body, particularly in the regulation of the digestive and immune systems. Some researchers have speculated that lack of exposure to such beneficial bacteria (and even lack of exposure to certain harmful bacteria) may prevent children's immune systems from developing properly. This is known as the "hygiene hypothesis."

For this reason, many researchers have suggested that early supplementation with probiotics might help mimic a more natural human environment and thereby lead children to have healthier immune systems and lower rates of immune dysfunctions such as allergies.

The new study is not the first to show a connection between probiotics and lower allergy rates. Earlier research has shown, for example, that infants who suffer from allergies are more likely to have abnormal compositions of intestinal microbes, including higher levels of clostridia and lower levels of bifidobacteria.

Other studies have shown that infants suffering from atopic eczema, a common childhood allergy, experienced significant symptom improvement when supplemented with Lactobacillus rhamnosus GG or Bifidobacterium lactis Bb-12. In a study published in the Journal of Nutrition in 2007, researchers found that infants who were deliberately exposed to non-pathogenic E. coli suffered from significantly fewer allergies at ages 10 and 20.

It may even be possible to inoculate children against allergies by exposing them to probiotics in utero, while their mothers are still pregnant, according to a study conducted by researchers from the University of Helsinki, Finland, and published in the journal Clinical and Experimental Allergy in 2008.

The researchers assigned 1,223 women to take a daily dose of either a probiotic or a placebo starting in the eighth month of pregnancy. All participants or their partners had a history of allergies, thereby classifying their children as "predisposed" to developing allergies. Starting at birth and for the first six months of life, 925 infants were also assigned to take the same probiotic or placebo dose that their mothers had received during pregnancy.

"It seems clear that we need to stimulate the infant's immune system as early and as vigorously as is safe, for inflammation seems to go hand in hand with allergy prevention," study author Errki Savilahti said.

"Even if someone has the genes for allergies, these results suggest that people can take action to at least reduce the chances of developing early allergic conditions like eczema," allergist Richard Katz said.