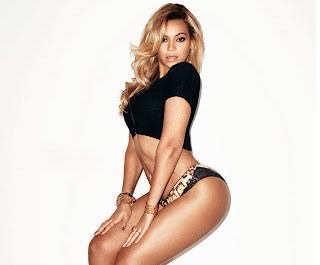 So I am pleased to find out that celebrities understand what it means to lie down on the colonic table for 30-45 minutes and take care of themselves naturally! No liposuction here lol!!! I found this article the other day and thought it would be fun to share! Enjoy!!! - Shantee Tyler , Blogger for Infinity Health and Wellness.

Many people look to celebrities to see what trends are emerging. Style, fashion, and even health decisions are based on what famous folk are up to. It has become increasingly trendy to partake in a colon cleanse and many “A” list celebrities have been open about the type of cleanse they do and the results achieved.
Sometimes, or previously, a hush-hush topic, celebrities are publicly endorsing the benefits of colon cleansing. Many have attested that the practice has helped them remove harmful toxins from their body. In turn, this has helped many have higher energy, improved well being, and less bloating.

For Oprah, colon cleansing was an accompaniment to her weight loss program. She has publicly announced having seen wonderful results, and has endorsed the method on her show. Her methodology included shakes and herbs that were consumed orally and acted in a laxative capacity.

Madonna has claimed that, in conjunction with a good exercise and diet, colon cleansing has helped keep her in shape. The preferred means of cleansing for her, and many celebrities, has been colon hydrotherapy, also known as a colonic. This method, similar to an enema, utilizes a tube inserted into the rectum to deliver water to flush toxins and waste out of the body. Many believe that adding enzymes, herbs, or probiotics to the water will produce additional benefits. Sometimes, even coffee is used (RIP Michael Landon).

Also now an advocate, Leonardo DiCaprio has said he was initially hesitant to try the hydrotherapy cleanse. Despite his reluctancy, he gave it a try and now speaks highly of the benefits he experienced.

The recent retransformation of Britney Spears has been, at least partially, credited to her colon cleansing practices. It has been rumored that it was actually her father who convinced her to try the process to support her health, thanks to his own body detoxification experiences.

Recently, as in within the past year or two, Gwyneth Paltrow has teamed up with a company to create her own colon cleanse regimen, the GOOP cleanse. Paltrow’s company claims that you will be left feeling healthier, more energetic, and lighter as the toxins and waste leave your body.

Should You Cleanse Your Colon?

Colony hydrotherapy can be a very beneficial procedure but the sessions are not cheap. Additionally, Gwyneth Paltrow’s GOOP cleanse will cost you around $425, amazing or not, that’s a steep investment! However, celebrity treatment does not necessarily require celebrity money. Oxy-Powder® is an oxygen-based colon cleansing product backed by clinical studies and supported by thousands of satisfied customers; it also doesn't cost an arm and a leg.
Additionally, there are several things you can do to keep your colon clean and your digestive system healthy. Regularly snack on raw fruits and vegetables. Many have fantastic fiber content to keep your bowels moving regularly. You should exercise regularly, too, an active body is a more healthy body, and a more healthy body has better functioning processes.
Regardless of the positive testimonials of celebrities, and the millions of other people, who regularly cleanse their colon, the medical establishment still tends to raise an eyebrow. What, is everyone just making it up?
-Dr. Edward F. Group III, DC, ND, DACBN, DABFM