How to Drink All Day and Not Pass Out 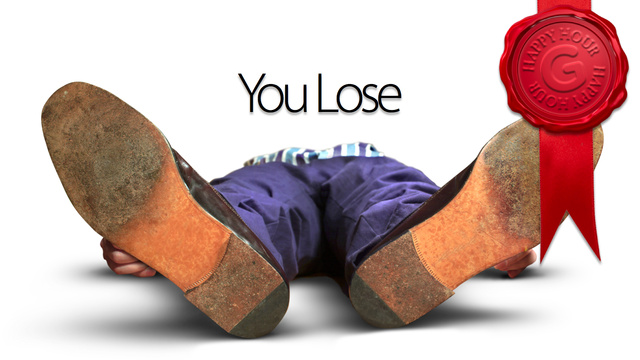 Look, drinking all day is not healthy. But what if you and the missus signed up for a nine-hour Napa County wine tour, and you want to get your money's worth? Or maybe you're hitting your bachelor pal's BBQ, and the action starts at noon. Or, maybe, what the hell, you just want to go all out on a hot summer day. This afternoon bender is probably not a good idea. But here are some tips to make sure you stay awake—and, you know, survive.

It's Friday afternoon, you've made it through the long week, and it's time for Happy Hour, Gizmodo's weekly booze column. A cocktail shaker full of innovation, science, and alcohol. It's a scientific rager!

First off, let's talk about how alcohol is metabolized. According to the National Institutes of Health:


After alcohol is swallowed, it is absorbed primarily from the small intestine into the veins that collect blood from the stomach and bowels and from the portal vein, which leads to the liver. From there it is carried to the liver, where it is exposed to enzymes and metabolized... BAC [Blood-Alcohol Content] is influenced by environmental factors (such as the rate of alcohol drinking, the presence of food in the stomach, and the type of alcoholic beverage) and genetic factors (variations in the principal alcohol-metabolizing enzymes alcohol dehydrogenase [ADH] and aldehyde dehydrogenase [ALDH2]).

Pace Yourself
Drinking all day is an endurance event. You are literally slowly poisoning yourself all day and seeing how long you can take it. It's a marathon, not a sprint. Listening to your body is the number one most important thing. If it tells you, "I've had enough," well, you had a good run, but you need to stop, because you could do some serious damage. However, your body may send the message, "Just gimme another 15 minutes. I'm still working on that last one," in which case, game on. Respect those messages, though, and do your best to listen for them.

Maximum Volume, Minimum Impact
ABV (alcohol by volume) is critical here. The lower the better. Continuing the metaphor from the last section, this is a marathon. Sipping beer (typically 6 percent ABV) is a slow, steady jog that will get you to the finish line. Taking a shot of whiskey (typically 40 percent ABV) is like doing a 100-yard dash as fast as you can in the middle of it. You're going to blow yourself out too quickly, and very well might not finish unless you slow way down immediately afterward.

Eat
This is absolutely essential. Drinking on an empty stomach is a recipe for disaster. Blackouts, blood-poisoning, all kinds of bad shit. It's a rookie mistake—don't ever do it. You need to eat at every stage of this, and we're not talking about potato chips—real meals. Start with a big, hearty breakfast. As mentioned, alcohol is primarily absorbed in the small intestine. You know what else is? Complex carbohydrates. Fuel up with a breakfast of whole-wheat pancakes, or oatmeal, but don't stop there. Because BAC is affected by gastric emptying rates, put something more substantial in there, like ham and eggs. Proteins and fats take longer to digest, so they'll stay with you longer and continue to work their anti-spins magic. Cheeseburgers are a superfood in this sport. You've got to keep eating throughout the day. Not only will keeping plenty of food in your stomach slow the rate of alcohol absorption, but it will make you feel full, which will encourage you to drink slower. The same rule applies for the end of the night, and the next morning as you're trying to shake off the cobwebs. Try to avoid super salty snacks, though, because that may dehydrate you. Speaking of...

Rehydrate
Alcohol is a diuretic, which means it makes you pee more, which can lead to dehydration (one of the major causes of getting sick from drinking, and also of hangovers). Water is your friend. Not soft drinks, not fizzy water, water. Aim to have once glass of water for every alcoholic beverage you consume. It's hard to do it, and you will pee quite a lot, but try. Hydration is absolutely critical for maintaining proper brain function. The more you dry out, the more your head will hurt and the harder thinking straight will become, and that will lead you down a nasty path very quickly. Definitely drink as much water as you can before you go to sleep.

Sleep
Have you ever noticed that when you're tired, one beer can hit you like it was three? There are a number of contributing factors here. Part of it is just that when you're tired, thinking clearly is more difficult. Ever heard the phrase "sleep drunk"? The symptoms of exhaustion can manifest themselves in a manner similar to drunkenness. Adding alcohol to the equation only amplifies this effect. But there's something else going on as well. According to the University of Rochester:
General fatigue or tiredness will lead to a higher BAC than normal as one's liver is less efficient at processing and/or eliminating alcohol when one's general energy level is low. Furthermore, as alcohol is a depressant, consuming alcohol when tired will, in general, simply increase one's level of tiredness while magnifying alcohol's traditional effects.
Extreme tiredness = pass out = you lose. If you know you're in for a long day of drinking, get as much sleep as possible the night before.

Stay Cool
"Damn, it's a hot summer day. I'm just going to sit outside and drink a ton of margaritas!" Bad call. Heat and alcohol are a very bad combination. The U.S. Army agrees, that alcohol "raises the body's blood pressure, increasing the risk of a heat-related illness like hyperthermia (over heating) and heat stroke (especially for people with high blood pressure)." Plus, when it's hot you sweat more and need more water to maintain equilibrium. Because alcohol is a diuretic and you're already losing a lot of fluids, this is a bad combo. Heat can also exacerbate the symptoms of drunkenness. Hang out in the shade and stay as cool as possible.

Supplements
When you're pissing like a goat every ten minutes, you aren't just losing water, you're losing some important nutrients. In order to avoid painful hangovers (which may start long before the day is over) it's important to replenish these nutrients. B vitamins are one of the first things alcohol depletes you of. There are plenty of foods that are a good course of B vitamins, or you could pop a B-Complex.
You're also going to needs some electrolytes. Sports drinks like Gatorade are electrolyte-balanced to help with rehydration, but they also have a lot of sugar. You know what's better? Those little pouches of Emergen-C. They're cheap, it's easy to keep a few in your pocket, AND they have all the B vitamins you need. Epic win.

Some also recommend taking aspirin as you drink (do not exceed recommended doses). Aspirin has been show to interfere with the action of alcohol dehydrogenases, thus slowing down the rate of absorption. While it may keep you sober longer, there is potential for harmful interaction, so we cannot recommend this. Using Tylenol (acetaminophen) is a definite DON'T as you can really damage your liver.

Maybe people choose to caffeinate while drinking. It's true that it will keep you more alert, but it will not keep you more sober. In fact, this goes against the "listen to your body rule," because you are artificially tricking it into thinking it's better off than it is. This can lead to too much drinking, too fast, and serious black-out experiences. Also, caffeine is a diuretic, like alcohol, so it will further dehydrate you. We're not saying we never do this, we're just saying that you should be careful when you do. Four Loko was banned for a reason.

Practice
This is a tough one to recommend, but it works. Seasoned, well-practiced drinkers can drink more (generally). Alcohol is a toxin, and our bodies adapt to metabolize and deal with it. That kind of adaptation takes time and repetition. The more tolerant we are to the toxin, the slower our bodies try to break it down, and thus the slower the rate at which it is absorbed into our bloodstreams. According to DUI Fighters "This rate varies considerably between individuals; experienced male drinkers with a high body mass may process up to 30 grams (38 mL) per hour, but a more typical figure is 10 grams (12.7 mL) per hour."
So if you know that you're going to a wild daytime party in two weeks, get your body used to the alcohol. Staying totally sober for two weeks to "get ready for the party" will be like going 0 to 60 way faster than your body can handle. Don't binge, but do drink enough to build a tolerance to the chemicals. Afterward, detox

Above all, think
Again, exercise judgement here. We understand that sometimes you want to cut loose, but don't hurt yourself or others. Have your fun, but stay safe, and make sure you're alive in the morning.