Can Lots of Sex protect the prostate?

This is not a license to run amuck men.  While prostate cancer may be reduced by increased number of partners, other diseases or problems may increase as a result. 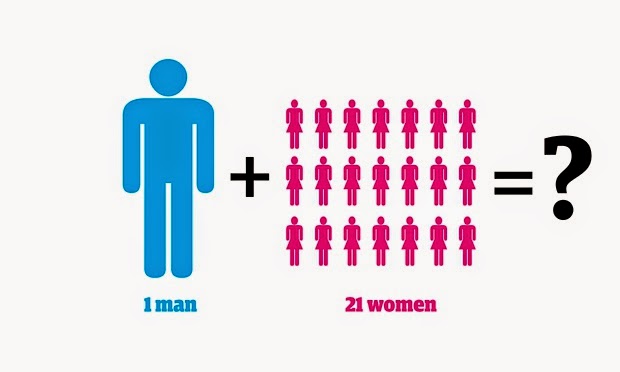 Can Lots of Sex Protect the Prostate?

WEDNESDAY, Oct. 29, 2014 (HealthDay News) -- Don Juans of the world, take note: Men who sleep with lots of women may be less likely to develop prostate cancer than men who don't play the field, a new Canadian study suggests.
Researchers said they found that Montreal-area men who'd had more than 20 female sex partners in their lifetime had a 28 percent reduced risk of prostate cancer, compared with men who only ever slept with one woman.
Previous studies have suggested that frequent ejaculation can protect against prostate cancer, said senior study author Marie-Elise Parent, an associate professor at the University of Montreal School of Public Health. One possible explanation: the beneficial effect might be due to a reduction in the concentration of cancer-causing substances in prostatic fluid, the researchers said.
But don't bolt for the bedroom just yet. Parent termed the findings preliminary. And she added that they don't prove multiple partners protect against the disease, just that a link was uncovered between the two. So, men shouldn't use the findings as an excuse to sleep around.
"I don't think we can say that. But I think men want to hear that," she said. "It shouldn't be for prostate cancer that a man would decide to do that."
Dr. David Samadi, chairman of urology at Lenox Hill Hospital in New York City, agreed that the protective benefits found in this study come "not so much from the number of partners, but the frequency of ejaculation."
The study revealed some other intriguing associations.
For instance, men who said they'd never had sexual intercourse were almost twice as likely to be diagnosed with prostate cancer as those who said they had intercourse.
The researchers also found that a man's risk of prostate cancer increased if he only slept with men. Having more than 20 male partners in one's lifetime doubled the risk of prostate cancer, compared to men who never slept with another man.
Parent noted, though, that the findings regarding gay sex weren't statistically significant and certainly require further research.
The new study, published Oct. 28 in the journal Cancer Epidemiology, is part of a larger effort by Parent and her colleagues to examine the possible causes of prostate cancer.
"We're asking questions about everything you can think of under the sun," she said. "This is only one segment out of many, many others that we are investigating."
For the study, more than 3,200 men in the Montreal area responded to a comprehensive questionnaire that covered many aspects of their lives, including their sex life. About half had been diagnosed with prostate cancer between September 2005 and August 2009, while the rest formed the healthy control group.
The greater the number of female sex partners, the greater protection from prostate cancer, the findings suggested. For example, men who slept with between eight and 20 women had an 11 percent reduced risk of prostate cancer, compared with a 28 percent reduced risk for men with more than 20 female partners.
Men with more than 20 female partners also had a 32 percent reduced risk for less aggressive forms of prostate tumors and a 19 percent reduced risk for more aggressive prostate tumors, the researchers found.
Conversely, men who had more than 20 male sex partners had a more than five-fold increased risk of less aggressive prostate cancer, and a 26 percent increased risk of more aggressive prostate cancer, compared with men who only had one male partner.
The researchers speculated that this might be due to more risky sexual behaviors among gay men, or because of physical trauma to the prostate gland.
Samadi said such trauma to the prostate could actually increase detection of minor prostate cancer, by spurring the prostate to release the protein prostate-specific antigen, or PSA. Tests that check the level of PSA in a man's blood are often used to diagnose and monitor prostate cancer.

i would like to bookmark the page so i can come here again to read you, as you have done a wonderful job.
viagra kaufen

It seems to me all of them are really brilliant!
viagra kaufen

For power packed explosions, you can take Volusperm sperm increase pills. It provides positive results to your libido, orgasm power, and semen volume. Just regularly take 2 pills every day and feel your sex life change for the better. Feel the boost in your fertility, improvement in your orgasms, and semen production reaching a higher level https://www.penetric.com/best-male-hormone-pills/

Pleasant to be going to your blog once more, it has been a long time for me.
sexual enhancers

That stated, it comes with a one thousand hour motor assure, so you can to|you probably can} count on it to work for a long time|for a very long time}. Ultimately, should you don’t care about using something except PLA then there’s no purpose to spend any extra cash on a fancy printer. We've done all of the excellent for you|give you the outcomes you want} and made this definitive buying guide for the most effective 3D printers. It pays for itself should you can get well five or six rolls of otherwise ineffective filament. ZDNET independently exams and researches products to bring you our greatest recommendations and recommendation. Pergear has released new and improved CFexpress Type B playing cards that provide impressive learn Panties for Women and write speeds at costs that severely undercut comparable CFexpress Type B playing cards from Angelbird's and Delkin Devices.