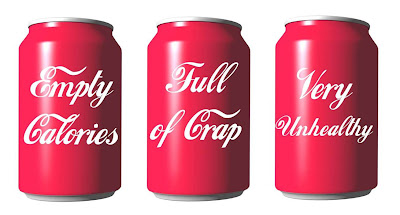 Postmenopausal women who have a high intake of sugar-sweetened beverages may be at increased risk of developing the most common type of endometrial cancer compared to women who do not drink sugar-sweetened beverages, according to a recent study published in the journal Cancer Epidemiology, Biomarkers & Prevention. The women who drank the most sugary beverages had a 78 percent increased risk of developing estrogen-dependent type I endometrial cancer when compared to women who drank none.

For the study, over 23,000 women filled out detailed questionnaires about lifestyle, medical history, and diet. The group was followed for 24 years, at which point 595 women had developed endometrial cancer. “I don’t want anyone to change their behavior based on these findings,” said Inoue-Choi. “We need to do more study to confirm the association. But I would advise people to follow dietary guidelines and avoid sugar-sweetened beverages.”

I agree. Our sugar consumption is through the roof, and sugary beverages make up a large portion of this consumption. Fortunately, there are many great beverages that do not contain sugar. Make the switch if you haven’t already!