Mo’Nique Discusses Dramatic Weight Loss Since ‘Precious’: ‘I Was a Food Junkie’ 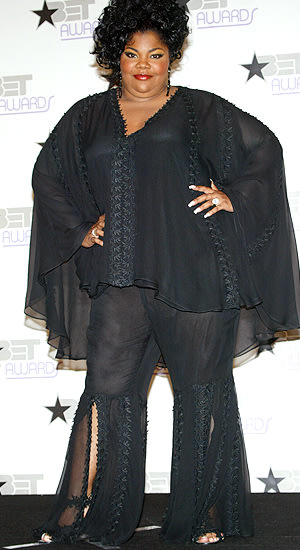 Mo'Nique is serious these days about taking care of her health, and in a new radio interview, she's revealing some of the secrets behind her workout routine and new svelte figure.
The 45-year-old actress and comedienne, who won the Best Supporting Actress Academy Award in 2010 for her role in "Precious: Based on the Novel 'Push' by Sapphire," sat down this week with The Cipha Sounds & Rosenberg Show on New York radio station Hot 97 FM for a long-ranging half-hour interview, in which she discussed topics ranging from Charles Ramsey to Iyanla Vanzant. But the story behind her dramatic weight loss is what's turning heads.
Mo'Nique has been tweeting her daily workouts, most days posting snapshots of her odometer once it has logged her minimum "10,000 steps," along with various other fitness activities. She explained to the show hosts that the reason why she's been documenting her journey is to be an inspiration to others.
"I tweet every morning, my workouts," she began. "Because I want women to see - especially us big women - that you don’t have to let them cut you and suck it out, you don't have to let them staple you up, you don't have to let them give you a pill, you don't have to let them put a band around your organs. If you put the work in, baby, I promise you, it comes off."
And come off, it has! "The weight right now, when I got on a scale two weeks ago, was 218," she continued. "My goal is between 190 and 200."
"What were you before?" co-host K. Foxx then asked Mo'Nique.
"Well now, you see K … what I was before was … when my husband asked me I said, '262,' but I don't actually know if that was the right number. That was the weight that I had a year prior to him asking me that. But when I watch reruns of 'The Parkers,' I know I was tipping 300."
"And how do you feel?" K asked.
"I am the best Mo'Nique I've ever been in my life right now. And I still have a ways to go. But I feel amazing sis."
Mo'Nique added that she's proud of herself and believes she has never looked this good in her life before. And while she emphasizes that she always felt in the past that she was a big and beautiful woman, she says it is her husband who caused her to step back and look at the damage she was causing to her body (due to her weight).
"It made me say (to myself), 'OK sis, you got these babies. The twins are 7, (stepson) Michael's 9, Shalon's 22.' And I want to meet their babies. So, I said, 'Let me stop being selfish, and eating everything.' And I ate everything … I was a food junkie."
And it looks from these pictures like she's doing quite well on her way to recovery!